July 27 actually works for me, as I have off that week. I have done TNIA before and it was a blast. I wonder how many of our members would be into this, as it would be cool to have a few of us have fun as a group!! 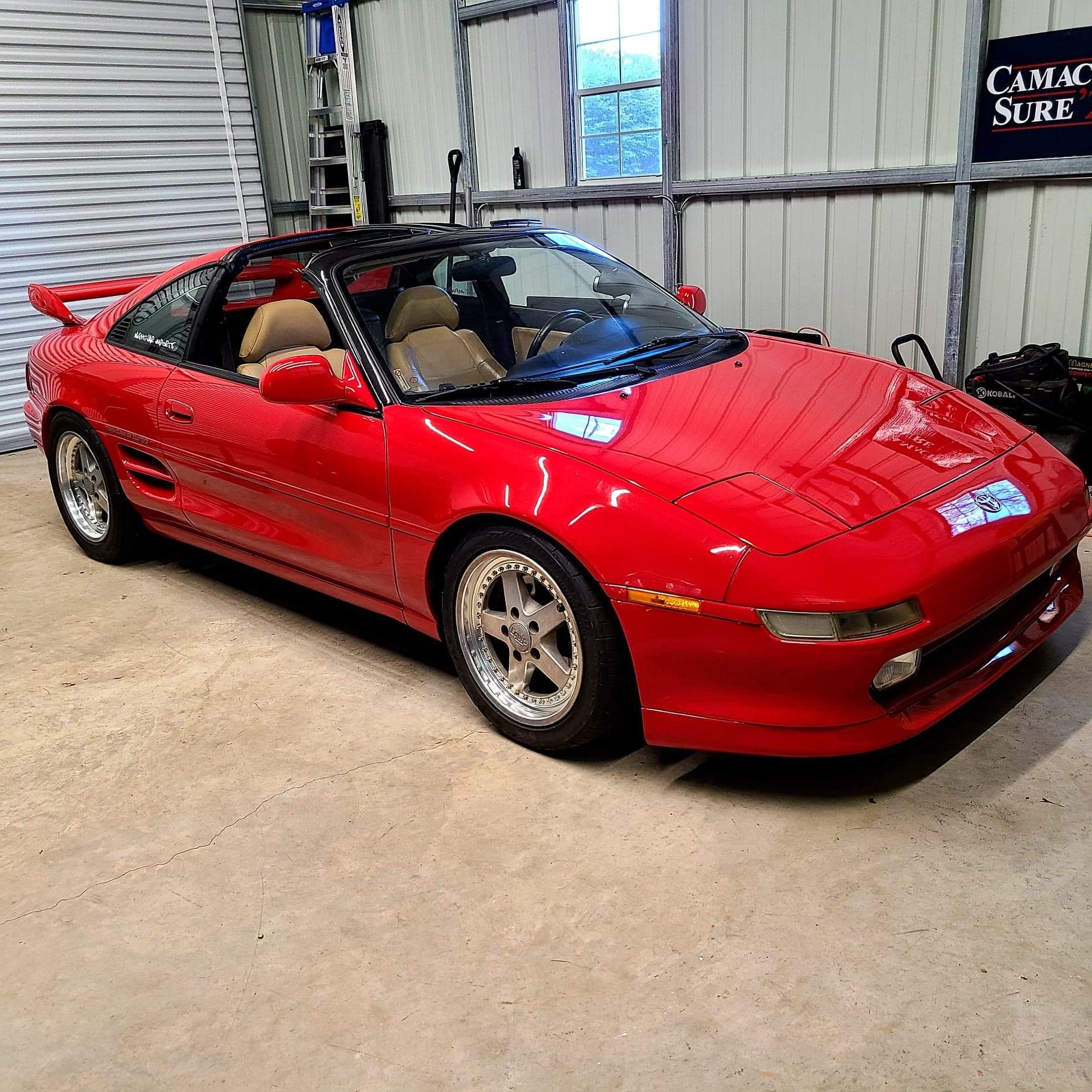 amazing that car is 28 years old.

amazing that car is 28 years old.

That’s a strange code. HDPE is a type of plastic I think?

usually discount codes have a word that makes sense. Any idea what this one means?

hmm. Good question. I have no idea, but it works. It is odd. I wonder if HPDE are someone’s or a couple peoples initials.

hmm. Good question. I have no idea, but it works. It is odd. I wonder if HPDE are someone’s or a couple peoples initials.

That explains it, you mistyped it the first time.

Oops. That def makes more sense. So it should be “ HPDEjunkie25 “ - no idea which one I entered but it worked, so assuming I entered it correctly but got the P & D mixed up somehow when I posted it over here

This post was modified 1 month ago 2 times by StormND2Club

Anyways. The last time I did this event at Pocono was in 2019 as everything was pretty much cancelled for 2020, I have been doing these types of events for awhile- but always with front wheel drive, (Nissans mostly) so I am going to hang with the “novice” pack this go around instead of intermediate or advanced, a few sessions until I get used to it.

I remember the understeer in this car was atrocious, i would have the wheel all the way to the right and basically be going “kind of” right - the motor made 202WHP but the car weighed about 2,900lbs, FWD 4-door sedan, even with the OEM limited slip. Prior to this I had usually taken out the B13 Sentra SE-R (1991-1994) also with the SR20VE motor swap but those weighed around 400lbs less and understeer wasn’t too bad at all (at least in my setups) Here is the car: 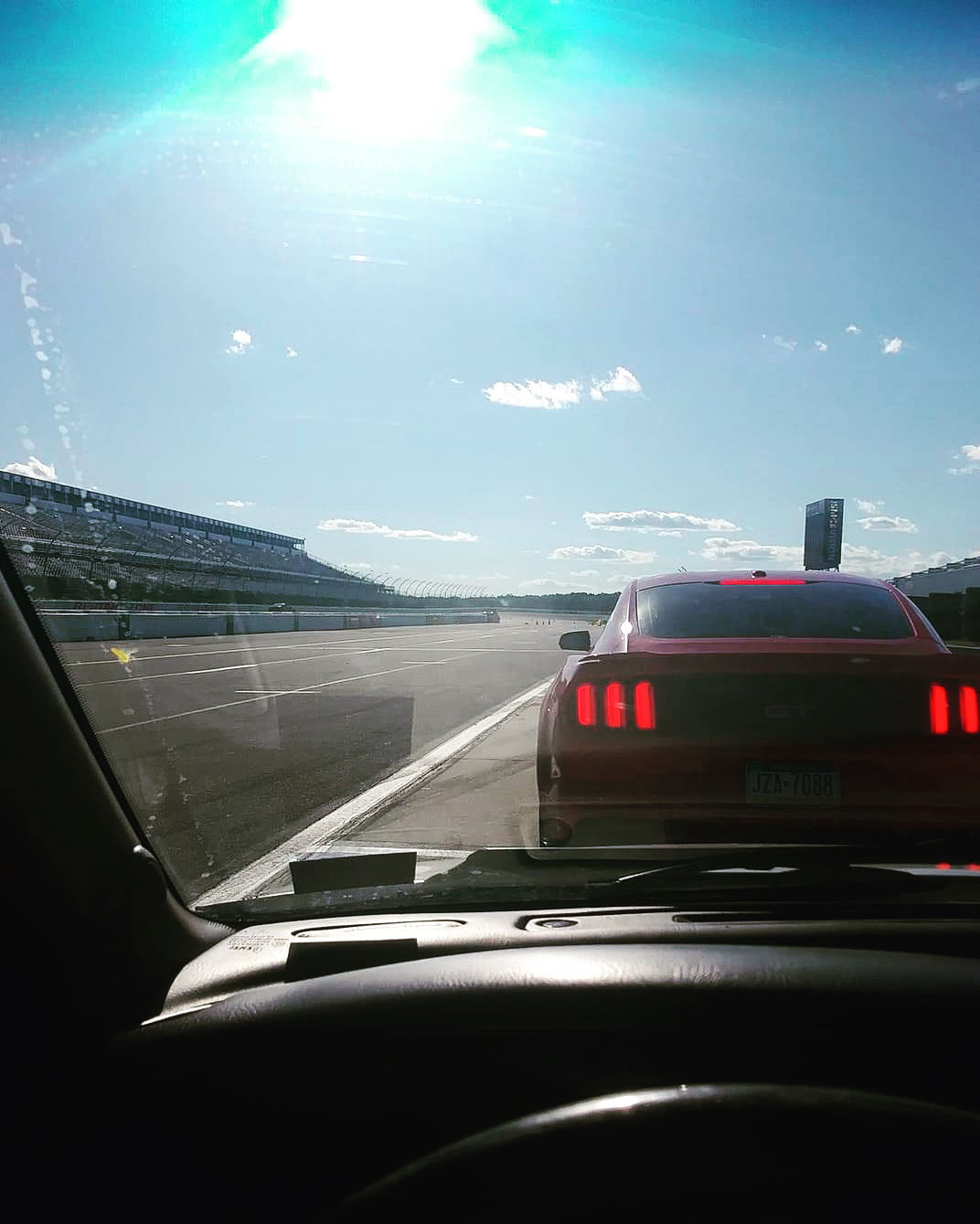 My view, staging lane behind a Mustang GT 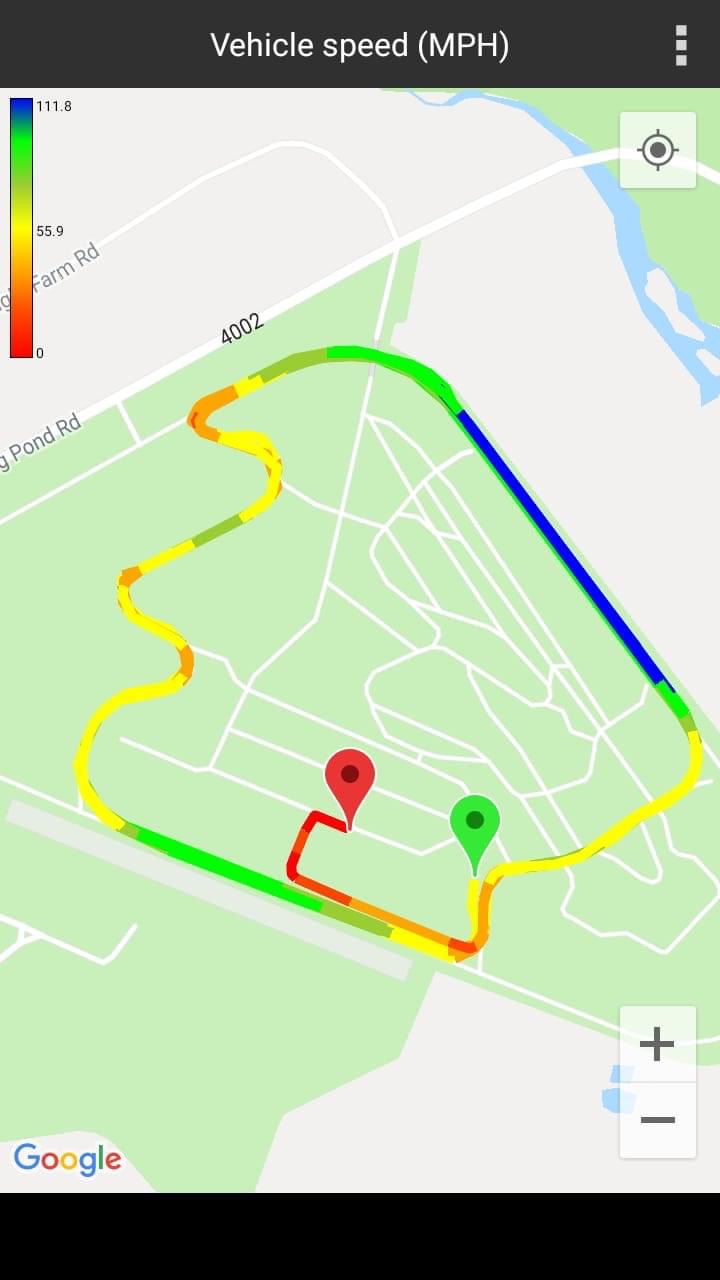 I believe this is still the setup thats being used this year, it’s nice because it gives you a long straight away to open up the motor a bit (especially for you guys who are boosted/swapped) but also let’s you cool the brakes down a tad after the series of turns.

Only issue I had that day was my power steering fluid wasn’t up to par I guess and was boiling by the last session, but other than that if you are new or apprehensive there’s very little pressure in the novice group and it’s just for fun and to get to know your vehicle better.  Not a race and I will be waving many people by as I get used to the RWD aspect after a decade of strictly FWD, lol. Even tho I’ve ripped around with the NC & ND last couple years the track is different when you can literally go “all out” - it’s quite a liberating experience and last time there were at least 10-12 Miatas IIRC!

This post was modified 1 month ago 2 times by StormND2Club

Thanks for posting the diagram of the track Jordan. It is a fun track to hone your power sliding skills, so you can look like an episode of Top Gear (with Jeremy Clarkson)

Really wishing mine wasn’t a daily driver I need to keep for many years right now.

would love to do this, but not gonna drive my car this hard.

honestly you really don’t have to. Some people honestly had a minivan out there. 🙂 they just let everyone pass 🙂 you can go as hard or as cautious as you’d like 🙂

My brother and I are officially signed up for 7/27.

He is trailering his 1993 MR2 turbo w/ his 2018 Nissan Titan, because the car has a lot of original parts he’s afraid something may break.

I will be there with the ND2, I will be taking it a bit easier than normal as it’s my first time with pure RWD. I’ve done lots and lots of FWD & some AWD but never absolute 100% RWD. Still trying to pick out new tires, everyone says the Michelin Pilot Sport 4s, but others say you can almost as good for A LOT less, and hoping to have a better suspension set up by then. The ND2 Bilsteins on the Club trim are pretty decent for trying to find a medium between comfortable regular driving for the folks who just like the car & serious track performance - the issue is the the car still just sits too high and the wheel gap is pretty noticeable. Also wondering how the OEM brakes will do, but I will be adding some better fluids prior.

If anyone is interested there is still probably a couple weeks left to sign up before they sell out.

The cost for three 20 min sessions is $150 with the code above and I think $10 less for current SCCA members (I was a member but I let it lapse).

**IF you sign up and pay, but something comes up a few days before and you can’t make it, or it looks like it may rain, you have I 48 hours to notify them and they can either transfer your payment to another event at in the future OR it can be transferred to someone else’s name if you want to sell your spot to them. In general the weather outlook is fairly accurate 48 hours in advance but in mid summer you can never rule out a stay t storm.. and the date is rain or shine. On one hand I think anyone interested in tracking should drive at least 1 or 2 sessions in the rain, but I wouldn’t recommend it for your first time.

Tried editing my above post but the time limit expired. Arghh. I wanted to mention something about the skill level groups.

Pocono Raceway mainly because of the famous long straight, is a FAST track. In the advanced group, nearly every vehicle is making 400hp or higher. Even if you are a track expert w/ a Miata, I don’t know if I’d recommend running in the advanced group (Pocono at least) unless you have some serious power. Last time I went, there was an LS1 swapped NA Miata and even he was only running in the Intermediate group.

I ran intermediate here in a mid 13 second car m and I was still getting Mustangs or a Porsche, M3 etc right on my rear a few times so you just basically keep waving them to pass.

Partially for this reason I will be running in the Novice group. You tend to see more modest vehicles like the WRX/CivicSI/BRZ/Mini Coopers etc in this category. Occasionally, there will be a GT-R or Viper in the novice group but not often.

Another reason to run w/ the Novice group: you actually get more track time! The purpose of events like SCCA’s Track Night In America is to learn about your vehicle and learn about yourself and applying new skills acquired to future events. Remember it’s not a race, many people go there to even test new suspension settings for more serious, competitive events.

ANYWAY- yes the Novice gets about 10-15 minutes longer on the track than the other 2 groups. The first thing of the day is the entire Novice group goes out on the track following an official in a sort of “pace car” I guess you’d call it, at a medium pace (no passings) to familiarize yourself with the track and it’s quirks and turns and such. Then, novice gets 3 more approx 20 minute sessions each. 🙂

I just got a ordered a new Snell 2020 helmet for this finally, they are so backed up I won’t be getting it until probably early July, but at least I’ll have one current that fits. Had to go to NJ to get the right size.