Sounds impossible, but I'm sure all of us have something we don't like about our beloved cars.  I think it would be interesting to see what that is, and what generation car we each have, and if it was "fixed" or improved upon in the next generation; or is there anything you wish your car had that never happened or you don't know has happened in future generations?

Also, is there something on a previous generation you wish was on yours, such as a glovebox for those D owners?

I'm not talking about power improvements or gear ratios type stuff, but more about features.

While I like having four cupholders for only two people, if there was a way to have those middle ones not be in my elbow area while I'm shifting would be great.  I understand they were moved further back in the D, but are they far back enough?

What, no Bluetooth or touchscreen radio????  It's 2014 and I have 2001's finest radio.  I think they had touchscreens in Europe, why not in North America? (fixed on the D)  While I'm at it, I think the speakers are representative of 2001 as well.

Leather wrapped steering wheel is great...a steering wheel that is shaped like a plastic one from the 1970s, not so great.  A thicker, flat-bottomed wheel with proper grips would be nice.

A small spoiler to finish the look of the car wouldn't be bad, although aerodynamically, the car doesn't need a spoiler as there is already enough downforce.  Some spoilers couldn't be used due to the PRHT.

and one from my wishlist, something I've never seen on any car, but is probably most useful in a low car like ours:  a right foot deadpedal.  I think this would make long highway cruises more comfy. 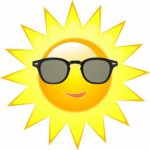 I do enjoy my heated seats, but on those polar bear temperature drives, it would also be nice to have a heated steering wheel.

Since you already mentioned the missing ND glovebox, I'll start with the RF's fixed sun visors.  I really miss not being able to swing the visors to the side on the RF.  If Mazda could engineer the PRHT and RF, couldn't they engineer a swinging visor???

About the ND cup holders, I find the rear center position OK for driving but problematic for accessing the storage compartment between the seat uprights when storing a beverage.

The forward cup position can restrict passenger legroom, especially when a pocketbook/shoulder bag needs to go on the floor.  For ND models having the premium sound system, the subwoofer "mound" protruding from the drivetrain tunnel further restricts passenger floor storage, and thus legroom, making the forward cup holder more awkward.

@jim-turner I did forget about the crappy sun visors. I’m afraid to use mine too much as I don’t want the expense of replacing them when they break

@jim-turner I did forget about the crappy sun visors. I’m afraid to use mine too much as I don’t want the expense of replacing them when they break

May I suggest a 5% limousine tint banner across your windshield? It really eliminates the need for visors. I don't think I ever used mine. Corrina uses the mirror in hers, but that's about it.

I believe Mazda is leaving money on the table by not offering more options. If I could have checked boxes for a: choice of spoilers; wider wheels;  and louder exhaust. This is true for my NC and ND. My ND exhaust is better than my NC, but is still weak tea.

@livetodrive Time of Day and direction of roads on which I drive dictate if I need visors, even while wearing quality sunglasses.

Other than moving somewhere east of where I work, I think the real solution is to not go to work on sunny days and instead wait for the sun to rise/set a little more, and go find some fun back roads.

@triviawayne I can drive straight towards the sun with any sunglasses on and not need my visor. The windshield banner is amazing. The banner is thicker than my visor covers too.

Hmmm, that’s an interesting suggestion… I’ll have to take a look at your ND tint banner next time.

Trying to dry it after washing.

What else - I don’t like the the prop rod for the hood in the ND. it’s awkward and sometimes difficult to get into the hood to hold it open. I know aftermarket options are available tho.

Not a huge fan of the 10-12 bolts to remove the skid plate to change the oil.

I don’t like there’s so many blank buttons on the 2019 and up on the drivers left under the vent. 2/6 of them actually do something.

And finally, of course, the thin or not so great quality of the paint especially on the hood.

Oh another thing - the non Recaro club seats in the NDs are not all that supportive. I think my 2012 NC2 GT leather seats had more side support. Also- no lumbar support adjustment for the drivers seat. I suppose this was to save weight. Ahh well.

This post was modified 2 weeks ago 2 times by StormND2Club 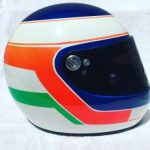 Since the focus on on features the two things I'd improve on the NC are:

1. A drivers seat that sits 3-4" lower. After using my racing seat to get under the roll bar, the OEM seat feels like I'm sitting on a bar stool.

2. An oil filter relocation kit like existed with the NA and ND models. I know how to get under the car and change the oil and filter with minimum splash but that product made life a LOT easier with my '99 & '01 Miatas.

I think the fact that anyone has anything to say on this thread is a testament to how emotionally attached we can become to these cars. If it was an appliance,  as most vehicles are, all we would care about is if they worked.

All cars can be modified to meet your own tastes. You can't change the chassis.

I like wider wheels.  And louder exhaust.  And less wheel gap. And less body roll. And tinted windows.  And LED sequential turn signals.  Or, even a larger motor.

But, despite all of the subtle things that each of us can gripe about, there is a solution if you look hard enough, or think creatively. And at the end of the day, you have a Miata that can take you to your happy place.

@stormnd2club I have a button for BSM, LDW, DSC, and TPMS reset. I have few blanks.

I do enjoy my heated seats, but on those polar bear temperature drives, it would also be nice to have a heated steering wheel.

I need to ask my dealership about adding heated seats in my NC.